Which jar either you or your partner fills in, anyone? 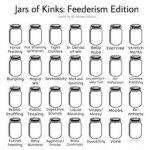 Just to set the game up, let's start with a post on the jars my previous feedees seems to fill, according me:

(1st feedee...I sort of tried drawing a whirling coil to illustrate her flickering denial/acceptance issue, but well... yep: she used to like swallowing like quantities of soda every once and again when she was a teemage girl. I had also some reasons to suspect she had a refrained "squashing enthusiast" side that might have crippled up if she ended up downright obese, but that's a mere hunch so I marked nothing about it) 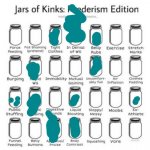 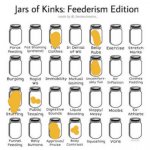 (3rd feedee. The "mutual gaining" thing was not with me, obviously -not into it- but she wasn't lowkey at all about what she wanted to do to her then-boyfriend at that time) 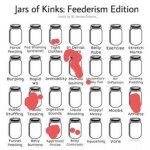 (then, even if I had no idea whether she was into feederism or not, here a plan about one of my many ex-frequentations) 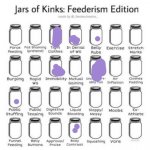