There are benefits to membership!

Time for my monthly pitch for membership. Join. It's a good thing. 'Nuff said.

I am stepping out of my "pity pool" for a moment in order to announce my usual plug for the lurkers out there. Please consider joining and becoming a more integral part of the community. As an added bonus, I would be willing to add you (in which ever fashion you like), to an upcoming story I'm writing (as soon as I finish with The Remote Tour). Think about it.

Yes, if you have been a lurker for a while or just discovering Dims, please think about becoming a member!

Oh for gawd sakes, we don't bite. I just beat people up with my fairy wand....but only if they deserve it. I promise to make you like it

FleurBleu said:
Join the dark side. We have fried chicken.
Click to expand... 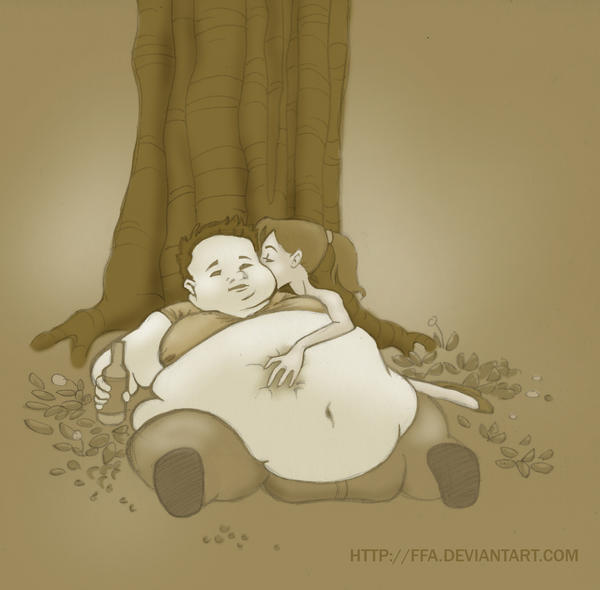 I’m going to make this long in hopes that’s someone else like me will step out of their shell to become a member, or to be more involved as an existing member.

After accidentally coming across Dimensions over the summer, I lurked for a few months before finally giving in and becoming a member. I hesitated because I had the fear of the site being one big ad promotion (it’s not, and you can turn the ads off anyway), and also...I felt guilty for coming to a website for the sole purpose of reading sexual content when I am very happily married (to a very sexy man!)

I finally became a member after growing tired of not having access to certain things, so I signed up under the condition that I would not be involved in any way. But then I started seeing encouraging comments left at the end of stories, and I started reading conversations between other members that were GENUINE and real, and they covered other subjects outside of the topic of weight gain. I still stayed hidden, though, but only because I’m a private person and enjoy being that way.

It was completely a spur of the moment thing, but I began to write a story to prove to myself that I wasn’t chicken, and I’m so glad I did. I have received encouragement through likes, personal messages and public messages, and I’ve gotta say, people that are part of Dimensions are so genuine and down to earth. I’m sorry I ever limited this site and the people to just the topic of fat, because it’s so much more. I’m glad I broke out of my (very!) private and withdrawn shell to be part of a community that relates to everybody in one way or another.

I am also trying to become more involved myself, which is painfully hard for me to do...so I’m writing this to let y’all know that I’m trying to challenge myself and my withdrawn (but very friendly!) personality. Cheers!

I'm a long-time lurker. I've been coming and going for more than 10 years at this point.

I guess what I would like is to have more in-person encounters with like minded people, but I don't see that happening, so I really just check in to sites like this because knowing these people are somewhere out there keeps me relatively sane.
P

I'm new and seeing what it's like. Other FA sites seem to just be about selling videos, I need more mental stimulation with like minded people.

Welcome Paul! And indeed, Dimensions is so refreshing some days for the longer discussions.

Once again, I would like to encourage all lurkers and guests to become full members and jump in the pool with other like minded folks here. They are a great bunch of people from all walks of life and all parts of the world. We don't bite... Unless you ask and even then we don't start off just chomping down, we nibble a little, kiss, caress, then lick and then... Oops! I'm sorry. Got a little carried away there for a minute.

But please join! There are plenty of friendly people here, tons of information, and you might make a friend or two! Cheers!!!

@BigElectricKat You should have said, "There are tons of friendly people here, plenty of information." It would sound much more enticing to the lurkers, who hide on the fringes of our community.

So, I stop by the site this morning and I noticed there were 322 guests checking things out.

Ladies and gentlemen, there are great benefits to becoming a member (it's free BTW). Not only do you get full access to all of the forums (which includes the models sections if you are so inclined), You also get to post your stuff and see other's media albums (this is a plus!). Not to mention, you get to ask me anything and be the recipient of all my vast and nigh-limitless knowledge

So, come in and join us for the full, fun-filled, (sometimes freaky), fabulous Dims experience! (Didja notice that alliteration there?)

There were 512 "Guests" looking around at various things on the site this morning. That's 512 potential full-fledged members that could be perusing ALL of the wonderful content on Dimensions! You could be checking out archived content, recent stories (mine included), or some of the model forums (you know you want to).

Come on and jump in with both feet! So join us, inform us, and interact with us! Become a member today!

I'm a member but also a lurker, where do I fit in to this whole thing

Also: some people think being asked to make a membership means send weirdo messages to current members, and hmm it doesn't mean that!

DitzyBrunette said:
I'm a member but also a lurker, where do I fit in to this whole thing

Also: some people think being asked to make a membership means send weirdo messages to current members, and hmm it doesn't mean that!
Click to expand...

As long as you're a member, it's all good. I just want to encourage the folks who are simply "guests" to come join us for all the fun and frivolity!

And you are right, becoming a member does not mean that you'll be inundated with weird messages... Unless you ask.

BigElectricKat said:
As long as you're a member, it's all good. I just want to encourage the folks who are simply "guests" to come join us for all the fun and frivolity!

And you are right, becoming a member does not mean that you'll be inundated with weird messages... Unless you ask.
Click to expand...

I won't ever ask.

DitzyBrunette said:
I won't ever ask.
Click to expand...

Okay then. Awesome. I hope you are having a good holiday weekend.
M

BigElectricKat said:
I would encourage all of those guests that are silently checking out the site to join on up! We have a lovely, lively, and diverse community that is warm and welcoming. Please consider joining. It's fun, fast, and best of all FREE!!!!

*Brought to you by your friendly neighborhood BigElectricKat*
Click to expand...

How's my favorite gal from Maine?

Beauty is in the Eye of the Beholder (A Book Review)