Mmmmmmmmm...I've really been craving a Chinese/Asian-style BBQ called char siu lately. Typically pronounced without the "r", like "cha-syoo" or "cha-sho", it is a common style of BBQ that is made in many parts of Asia. If you've never had it, it has an amazing balance of sweet and salty, and it has an amazing flavour, mostly due to Chinese five spice powder (star anise, cloves, Chinese cinnamon, Sichuan pepper and fennel), but also due to the common use of hoisin sauce that gives it its sweetness and adds to its flavour. When it's good, it's as good as any BBQ in my opinion. SO GOOD!

I want to try my hand at making it someday, so I got to looking on YouTube for recipes and I found a couple. The first video below is a very common way of making it with (relatively) common ingredients and I'm sure it would be excellent, but the second video is the super-authentic way of making it with several ingredients that 99.999% of char siu recipes don't call for. Either way, I'm sure they are both really good. I think I'll try my hand at making the first one at some point and then perhaps graduate to making super-authentic recipe in the second video. This may not be for everyone, because not every ingredient will be available in all grocery stores, but if you are curious and adventurous enough to try it, everything can all be ordered online. Regardless, I thought I'd post it here anyway.

The typical, simple way of making it (ingredients list and proportions at the end of the video): 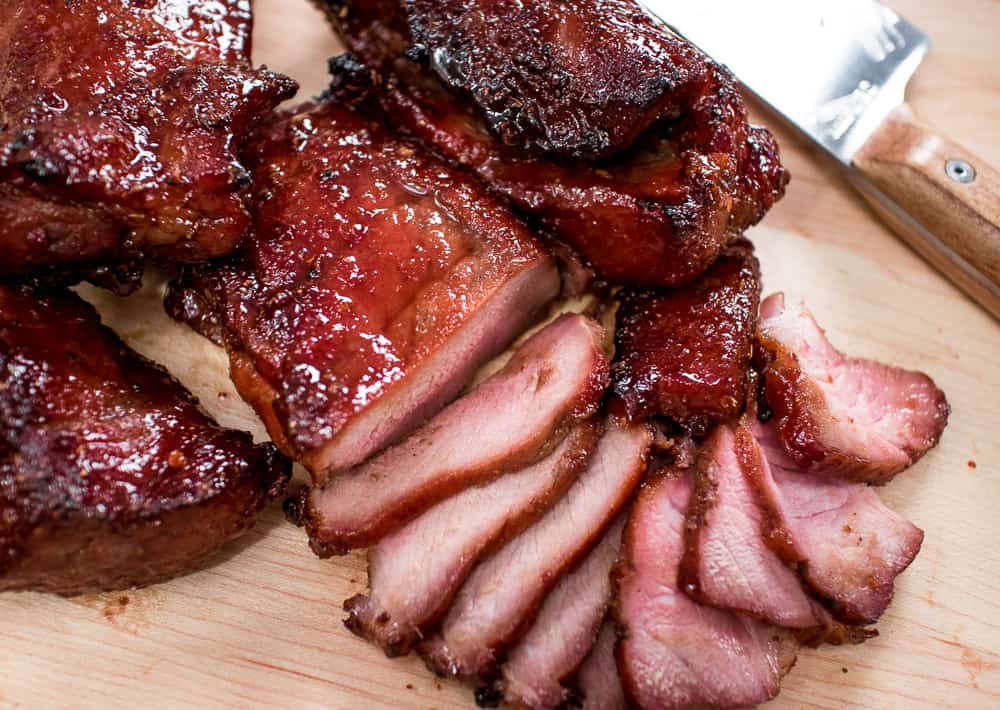 I also want to try this too.

I don't know what this is used for...on biscuits? On toast? On ice cream? For drinking??? lol Whatever the case, this looks good!

HUGEisElegant said:
I don't know what this is used for...on biscuits? On toast? On ice cream? For drinking??? lol Whatever the case, this looks good!

I'm sure it would be! I bet it wold be really good on biscuits or even a croissant too!

Tajine with beef and quinces

(If something is not clear - don't hesitate to contact me...)

I usually prepare the beef one day in advance and cook the other day another 20 - 30 min while preparing the quinces.

Part II
Cut quinces in two pieces (usually hard inside ' be careful doing that) remove the core, cut in to the skin

Arrange both as shown on the picture.

I give this out every Christmas to the neighborhood / family in 1 cup servings.

I went looking for the original recipe to see if I posted it here, but all I did was tease. So Fuzzy of me.

I give this out every Christmas to the neighborhood / family in 1 cup servings.
Click to expand...

Here something similar I sometimes "cook"

Could be eaten as spread on fresh bread or as topping on steak or potatoes, vegetables.

Crab Casserole
Mixing Bowl
One or two large spoons for stirring
Large casserole dish
Colander
Enough sour cream to make a glob half the size of your fist
1 can of cream of mushroom soup
1 16 oz. bag of shredded cheddar or mozzarella cheese
16 oz. bag of egg noodles, box of cavatappi, or box of rigatoni
Onion powder
1 lb. of crab meat, real or imitation
A box of fried onions

1. Preheat oven to 350 F
2. Fill a medium pot 3/4 full with water and set over medium-high heat
3. Scoop sour cream into mixing bowl, then soup and crab meat, sprinkle liberally with onion powder, and mix by hand
4. Once water is boiling, slowly pour in noodles and boil them for six minutes or until soft, stirring once or twice toward the beginning. Take off heat once they're done.
5. Scoop the hot water using the soup can such that it's about 3/4 full, and pour it into the mixing bowl
6. Pour noodles into colander and allow to drain while mixing the hot water with the other ingredients
7. Pour drained noodles into mixing bowl and mix with other ingredients
8. Pour combined mixture into casserole dish, level with a spoon and cover with a thin layer of cheese, then fried onions, then another thin layer of cheese.
9. Bake for thirty minutes
10. Allow about five minutes to cool and vwalah

Open Faced Sandwiches
A small, ideally shallow bowl
A soup spoon
Tin foil
A baking pan large enough to accommodate two whole loaves of french bread
An oven
A long, serrated bread knife
A shorter (6"-8") knife for slicing
A shotglass full of barbecue sauce
A shotglass full of mayonnaise
A loaf of broad, light french bread (like this)
A package of thin, sliced lunchmeat
A large package of sliced cheese (or two normal packages; swiss is recommended)
Enough shredded parmesan to fill your palm
Chopped chives
Garlic powder
Chopped onion/onion flakes
A jar of roasted red bell pepper slices, half an onion sliced into strips and caramelized, and/or a can of chopped mushrooms

Directions
1. Preheat the oven to 400 degrees Fahrenheit
2. Cover the baking pan with a sheet of tin foil
3. Hold the loaf of bread on its tip and slice it lengthwise with the bread knife, using slow, shallow strokes. Keep each half as even and level as possible. Lay the halves on the tin foil with the exposed white part facing up.
4. Mix the mayonnaise and barbecue sauce in the small bowl with the soup spoon, until the mixture is a pale reddish-brown. Divide the mixture evenly between each bread half and spread it over them until it covers most of the exposed white.
5. Pick out single slices of the lunchmeat, fold them one third over the middle third, and place them on each half, the folded part of each slice covering the unfolded part of the last slice, and repeat until both halves are covered.
6. Divide your mushrooms/caramelized onion/roasted peppers evenly between each half and spread evenly over them.
7. Sprinkle lightly with onion flakes, moderately with chopped chives, and generously with garlic powder. You should still be able to see the meat and vegetables underneath.
8. Lay slices of the cheese over the meat and vegetables, with each slice covering about half of the one before it, until each half is completely covered
9. Divide the shredded parmesan between each half and spread evenly over the sliced cheese.
10. Put it in the oven and bake for 15 minutes
11. Take it out, let it cool for like a minute, and slice as desired (and if desired) with the shorter knife, then wait a couple more minutes, and enjoy
You must log in or register to reply here.

Opt in for Fetish/Erotica Stories!
2 3 4