Thank you so much!

FleurBleu said:
What a sweet story. At first I thought "Oh no" when I read "XWG", afraid Dakota would be reduced from sweet, smart boyfriend to "the supersize freakshow", but you kept it beautiful. Thank you
Click to expand...

Thank you so much! Im a huge (pun intentional) fan of your stories as well.

I can understand about the "XWG" part. The "supersized freakshow" stories have always turned me off (but to each their own). Im a hopeless romantic and a sucker for a good love story between an FFA and BHM. I think I labeled my story that way because Dakota was described as having gained a significant amount of weight in high school and then again as an adult.

I was determined to write him well. After reading my initial story I felt like I had done his character wrong, so much so that it inspired me to come back to this story and retell it. He wasn't a likable character when I first wrote him; he was overemotional and didn't have much of a personality. I wanted to rewrite him as a BHM (and then SSBHM as an adult) who struggles with self esteem, however, comes out on top after working through his own issues and finding a partner who loves his body initially and when he gets fatter. I greatly enjoyed re-writing him as sweet, intelligent, funny, sarcastic and resilient, on top of being incredibly handsome
Last edited: May 31, 2019
S

Just read this from start to finish. Very well written OP. Also, the Endgame spoiler was a nice touch!

Thank you so much!

I started we-writing around the same time I watched Endgame. Im a big MCU nerd and was inspired a bit by fat, hippie Chris Hemsworth. I know he'll probably always be quite fit, but he would make an excellent BHM
S

fireonthemountain said:
Thank you so much!

I started we-writing around the same time I watched Endgame. Im a big MCU nerd and was inspired a bit by fat, hippie Chris Hemsworth. I know he'll probably always be quite fit, but he would make an excellent BHM
Click to expand...

syabloveschub said:
I'm pretty sure someone might be working on a Fat Thor fic without us knowing
Click to expand...

They might be, but they really should let us in the known once they finish

syabloveschub said:
I'm pretty sure someone might be working on a Fat Thor fic without us knowing
Click to expand...

Why wait for Fat Thor when there’s Volstagg? 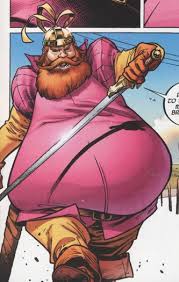 RVGleason said:
Why wait for Fat Thor when there’s Volstagg?

Wow, never heard of Volstagg before. Gotta do some research!
X

This was so sweet!

fireonthemountain said:
A knock on the door pulled him away from his reflections and his two rambunctious sons came running in at full speed, throwing themselves onto him and hugging his legs. They were slender like their mother, however, both had his razor straight hair. People often said Brian took more after him, while Dakota Jr looked like her. He could see it. Brian had his green eyes and blonde hair; Dakota Jr had Chelsea’s darker hair and hazel eyes.

Chelsea stood behind them. She wore a short, sleeveless white and floral print dress and black high heels. She was still as petite as the day he met her and to him, twice as beautiful. Her wavy brown hair had been given a slight curl and she had given herself a glowing look with light pink shadow and lipstick. Dakota thought she was perfect with or without makeup and as it was Brian’s fourth birthday, she was dressed to entertain. She had planned an Avengers themed party, as that was Brian’s latest obsession. Brian was still clad in his favorite pair of Iron Man pajamas when he came bursting through the door.

“Im not Mr. Stark, Im Brian and have a serious question,” Brian looked at him as seriously as any four year old could manage. Dakota picked up his younger son and bounced him in his arms while Dakota Jr giggled.

“A superhero never reveals his true identity.” Dakota responded, then asked “Did you brush your teeth yet?”

“Well go to it then. Make sure you show your little brother how to brush.”

Brian lit up. He had begged for a little sibling since he could talk and was always enthusiastic to teach his little brother any skill he himself had mastered: “Come on Koda!” he exclaimed as they both took off running out of the room.

“I told your mother they were too young to watch that movie,” Dakota sighed. “Brian had some pretty bad dreams for a week.”

Chelsea sat down on the side of their large bathtub. “I did talk to her about it. She knows not to take the boys to anymore PG-13 movies.” She paused, “Besides, you are my fat Thor.”

She had to smile as he stood there shirtless in his blue plaid pajamas. He maintained his shoulder length hair and now sported a well trimmed beard. She reached behind him, squeezing his ample love handles and moving to the broadest, softest part of his belly. Yesterday, he were running around the yard play fighting with the boys and he reminded her of fat Thor running down the battlefield to take on Thanos and his army in the final battle of Endgame.

“Grandma Leann and Papa Carl want to take the kids after the party and have them stay over Sunday. They want to take them to the new trampoline park and then for pizza. Is that OK with you? I could use a weekend alone.” she purred as she continued to massage his belly.

He moaned in approval while she squeezed and rubbed him, looking forward to alone time after the festivities.

“What did you have in mind?” he whispered softly

“Well, she teased, “I figured I could walk Seamus, I could finish working on the Jacobson wedding and on the Rothstein Bat Mitzvah, I could read that article in Science Journal Quarterly about pathogens I can’t find time to pick up. Maybe even have dinner at a restaurant without a kids meal.”

“I see,” he smiled “At any time in your weekend, do you have time for your big, fat husband?”

She shuddered with desire as he emphasized the words big, fat husband.

He turned around, wrapped his arms around her and whispered more in her ear, going into great detail about his recent scale-related revelation; teasing her how much she loved him oh so much fatter and what his plans were for the weekend.

It took everything in her power to pull herself together. “We’ll have to wait though,” she said taking a deep breath. “I need to set up for the party and you need to pick up the cupcakes.” She began to readjust her makeup.

He sighed as well; composing himself. He took a deep breath to regroup, “The sacrifices we make for those scamps of ours, eh? ”

She nodded and ran a brush and curling iron through her hair. “I tell myself It’ll be worth it when they place us in a first rate nursing home,” she joked.

“Before I go, are you sure you have enough help here?” he asked.

“I’ll be more than fine. Eric’s coming over to play some Mario Kart with the kids and Amber and Julie are going to help me set up. Julie’s wants to go into childhood education when she starts college and I figured she could talk to your sister about her job as an art teacher.”

“Thats a good idea. Does Amber still want you to help plan her wedding?”

“She does, we’re going for coffee Tuesday”

“You’re good,” he teased “You should do this for a living”

She winked and kissed him. “Drive safely baby, I’ll see you when you get back.” She gave him one more squeeze before leaving the bedroom to check on the boys.
Click to expand...

I thought this was the Epilogue...
L

Mr. Jigglesworth said:
I thought this was the Epilogue...
Click to expand...

Hi Mr Jigglesworth; Im glad you liked the story. Im not sure what you mean though. I meant the epilogue to be what happens to them 10 years down the road after their high school journey ends.

Aww thank you. I had a great time writing it and am now waiting for the muse to come back.
You must log in or register to reply here.